iQiyi belongs to Baidu Inc., the owner of China's largest internet search engine Baidu. Rank one of China's most popular video platforms is occupied by Youku Tudou (Youku Tudou Inc.) in which Baidu also holds a share - but only a known stake of 6.9%. Another 13% are said to belong to the third largest Chinese internet search engine - Sohu.com Inc. 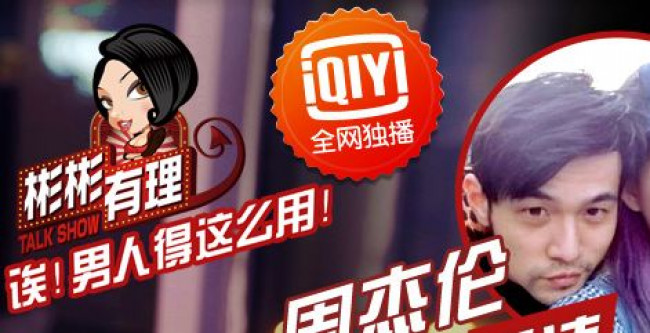 After only having been founded in 2010, China's biggest smartphone maker and manufacturer of the smartphone Mi, Xiaomi Corp. (Chinese 小米科技, pinyin Xiǎomĭ Kējì), now announced its second partnership with the video industry. The company paid $300 million for a stake in China's second largest online video platform iQiyi.

Following the announcement of the cooperation between Xiaomi and iQiyi, Youku Tudou's quotation at Frankfurt Stock Exchange dropped by a drastic 11.14% to €15.40 per share. New York's Wall Street recorded a similarly deep plunge of Youku Tudou's quotation. Thus, the company currently achieves a market capitalisation of €2.89 billion at FSE (Frankfurt Stock Exchange). However, the investment in iQiyi is not the first time Xiaomi partnered with a video company. Earlier this month, iQiyi’s competitor Youku Tudou had announced that the company had entered a "strategic partnership" with Xiaomi to "accelerate multi-screen eco-system development."

Xiaomi's basis is the sale of the smartphone Mi. Since the company's foundation in 2010, the phone has been sold 70 million times, mostly in China, says Xiaomi. Xiaomi's most recent phone is the Mi 4 which is startlingly similar to the iPhone.

According to Xiaomi, the Mi smartphone is sold by more than 520 dealers in China. Additionally, they offer, for example, in-store repairs of the phone which purportedly only take one hour.

Another one of their services: they apparently deliver a free replacement phone within 15 days if the Mi phone is damaged. In addition to bricks-and-mortar shops, Mi phones are distributed by post in China. Delivery is apparently free of charge if the minimum order value exceeds 150 Chinese Yuan (around $24).

Since Xiaomi is already so well established in the Chinese mobile phone industry, they would now like to expand worldwide, the company announced in September. They plan to increase the sale of their smartphone by 150% compared to the first half of 2014 - to 100 million sold phones in 2015.

The announced investment in China's second largest video platform iQiyi has especially stock exchange speculators in the US follow the company very closely. Reason: After the incredibly successful New York stock market launch of the biggest Chinese online shop Alibaba, US investors have high hopes for the potential of a second digital stock exchange success story in Xiaomi.

The scene already discusses rumours according to which the Chinese smartphone maker Xiaomi is estimated to be worth $40 billion in terms of stock market value in the medium term. This would accelerate the already crazy share rallye of some digital companies even more.

This trend also shows that company valuations reflect the real market less and less often. On the contrary, companies are pushed up artificially in order to even have an investment basis. Profits are not gained through the business activities of the company and the resulting profit distribution, but more and more billion dollar investors rather hope to generate profit only by buying and selling stocks of digital companies.

In order to reach the goal of high company valuations, the media is purposefully involved in the creation of these purported success stories of digital companies.

The fact that Xiaomi's rise in China is somewhat dubious and seems hardly explicable by the normal interplay of market forces doesn't play a major role in US reporting so far. However, it is well known that there are many open questions regarding business dealings in China and plenty of them also need answering when it comes to Xiaomi.

Such questions include for example: How could Xiaomi achieve such gigantic growth in only three to four years? Where does the capital actually come from? Who are the actual shareholders? Who, in China, held an additional political interest in creating competition to the fourth largest mobile phone maker of the world, Lenovo, with Xiaomi's obvious iPhone imitation Mi? Were they exclusively private entities or was, in some way or another, the Chinese government or government representatives involved (yet again)?

It is a well-known fact that some members of China's political elite like to accumulate incredible wealth by directly or indirectly building up private companies.

It’s a fact that Xiaomi is building a gateway for a multitude of digital services with its successful Mi phone. This was stressed by Xiaomi president Lin Bin. Apparently, this is why they have now invested in the Chinese video service iQiyi. They would like to achieve a "deeper level of co-operation," which would in turn be in the interest of the video service iQiyi, explains Gong Yu, iQiyi's chief executive.

Whilst people in European countries such as Germany, Switzerland or Austria tend to watch films primarily on their PC or on TV, Asians show an increased tendency to watch videos on a smartphone - for example using the Chinese market leaders Youku Tudou or iQiyi.

The reason for this tendency is said to be the fact that the life of many Chinese people is shaped by mobility much more than life in Europe. Part of the Chinese standard working life is quite often a two-hour commute which means bridging a lot of time. This is where videos come in. They are a popular means in China of passing this rather dead time in a somewhat nice manner.

Thus, the chief executive of the Chinese video platform iQiyi views the new alliance with the mobile phone maker Xiaomi in a very positive light: "What we are looking for is the market share that Xiaomi has in mobile," iQiyi executive Gong Yu is quoted. iQiyi sees a valuable partner in Xiaomi.

The fact that video platforms worldwide have a tendency to gain value can also be seen in investors claiming that China's big video service Youku Tudou will be worth more than $6.7 billion dollars in the future. This might be one of the reasons why China's biggest online shop, the e-commerce group Alibaba, paid $1.2 billion for the relatively small share of 18% in April 2014, especially considering the market value at Frankfurt Stock Exchange is currently only at €2.9 billion.

For further growth, Xiaomi is now looking at venture capital investors. There are talks about a, potentially soon, planned round of financing in which they would like to collect $1.5 billion.

As is now customary in digital business, such financing rounds are gladly used to be able to claim, after the deal is complete, that the company is now worth so and so much money projected.

That's why it's not rare that hundreds of millions of Euros are paid even for low percentage stakes in digital companies. The aim: have the media write that these companies are worth substantially more, all things considered, due to taking up new capital. The fact that these valuations are mainly pie in the sky is of secondary concern.

Additionally, nobody likes to talk about the fact that there are often discrete little contracts which guarantee such investors that they will get their money back even in the case that the stock exchange adventure won't pay out billions of Dollars or Euros.

Xiaomi Tech was officially founded in 2010 in Beijing by the main investor Lei Jun together with his business partners. His co-founders are: Li Wanqiang, Zhou Guangping, Huang Jiangji, Liu De, Lin Bin and Hong Feng. Xiaomi Tech's most important products are the MiPhones, the Miui Android firmware as well as the chat app Miliao.

According to rumours, Xiaomi turned over €810 million in 2012, only two years after its foundation - and this despite the fact that they only sold 17 million smartphones. This would mean an average turnover of around €48 per smartphone which in turn means that we are talking about low-priced to cheap mobile phones compared to Western standards.

A little more than a year ago, in August 2013, Xiaomi hired Google's former Android product manager Vice President Hugo Barra as a vice president. His job is to drive the international expansion and seal the deal for strategic partnerships.

Even if iQiyi only recently announced to have purchased more than 1,000 Hollywood films, most films of the Chinese streaming service are originally Asian productions.

The influence of the new US manager Hugo Barra on iQiyi's business direction also becomes clear when looking at the fact that, in the 71 year history of the Venice Film Festival, they officially announced in August 2014 to enter into cooperation with the Chinese video streaming platform iQiyi.

iQiyi was founded on April 22, 2010, for the Chinese online video industry. The company describes itself as follows:

The issuance of the "iQIYI Productions" strategy marked the beginning of an era featuring diversity and quality of self-produced content.

iQIYI is one of the first video platforms to adopt "Cloud+Terminal" mode and the first in the industry to launch its multi-screen video platform strategy, enabling video service across various devices including connected TVs, PCs, mobile phones and tablets.

According to iQiyi’s website, their goal is to provide "fair and convenient accessibility [sic] to videos in variety in higher quality."